Mirrors to the sky 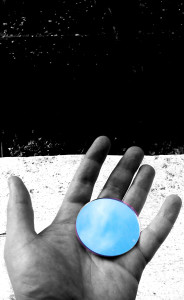 Silent Cacophony was a series of London-wide art events exploring the idea of the Zeppellin raids on London during World War 2 and the silence which inevitably fell expectantly before a raid and the silence of devastation following.

Parlour Collective presents: Mirrors to the Sky invited eight contemporary artists to create performance-based works centered around this theme with one proviso, that the act involve a mirror pointing toward the sky. This mirror can be anything, a polished brass button, a hand mirror, a gleaming eye, or a bowl of water.

Watching the skies during this time would have taken on an almost mythological value; the themes of life and death being painfully, immediately present. Every glance toward the sky took on echoes of divination, a sombre expectant moment, or a rueful glimpse toward the gods of chance. These echoes can still be found in the twisting streets below, in the pastiche of ancient to modern buildings which maps out scenes of devastation, reflecting those moments of silence.

The artists started at different points in and around the Barbican Centre in City of London, and wandered through the streets and walkways, progressively moving closer together until finally at 11am they met in a moment of silent, subtle action, then dispersed rapidly.

The final point of meeting at 11am occurred outside  St Giles-Without-Cripplegate church. 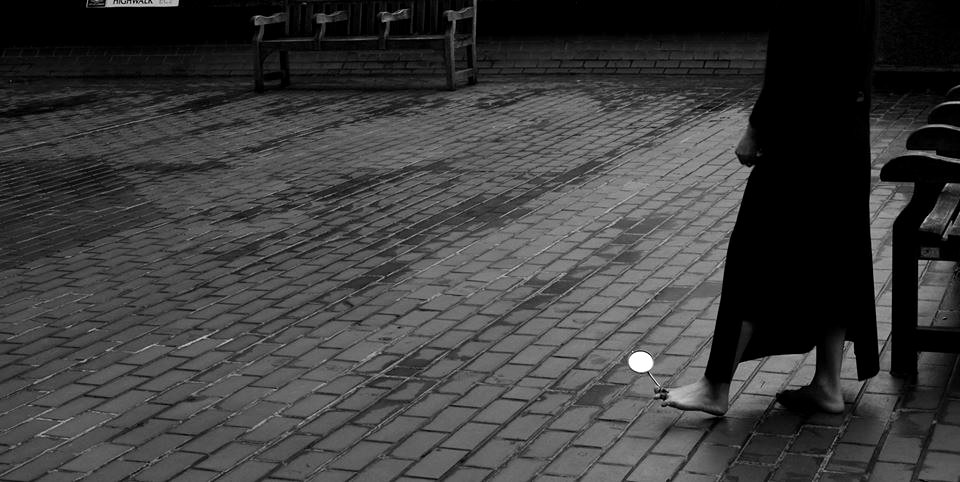